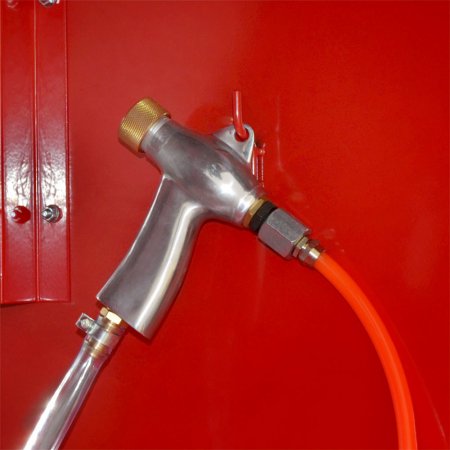 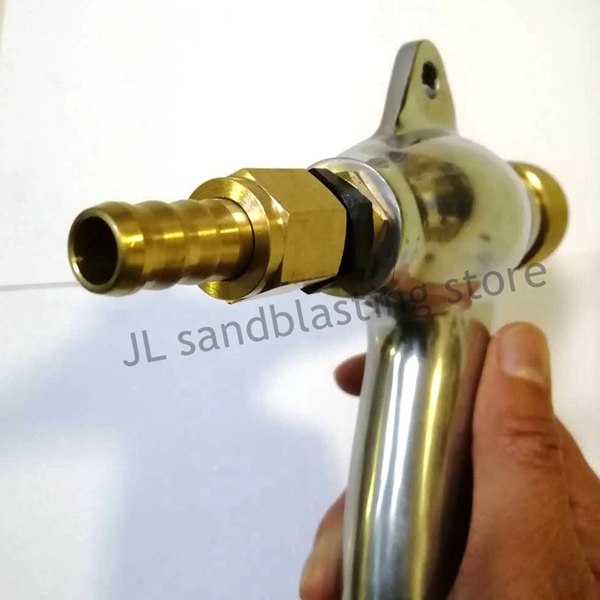 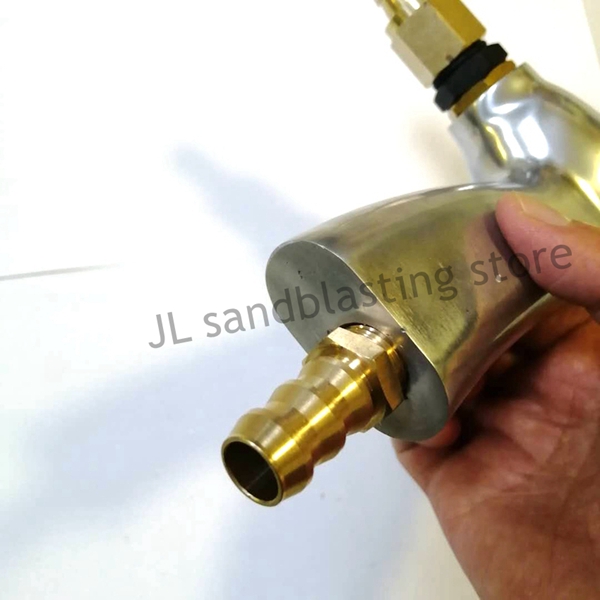 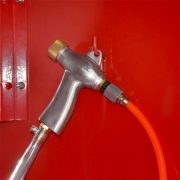 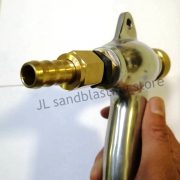 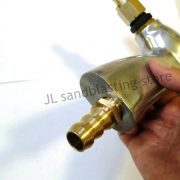 A cast-in hole at the top allows the operator to attach the gun to a fixed bracket (not included). The part can then be moved under the nozzle for blasting, freeing the operator’s hands to manipulate the part.

When the part is sufficiently processed, the operator releases the pedal to stop blasting. 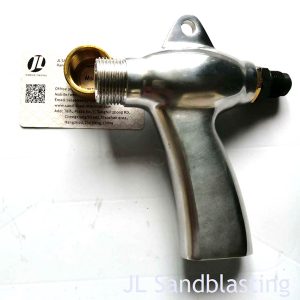 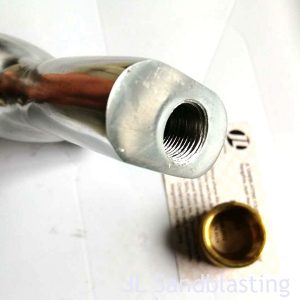 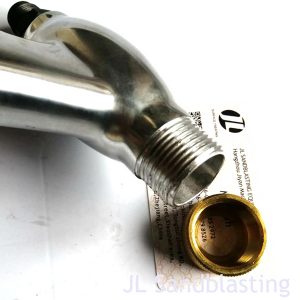 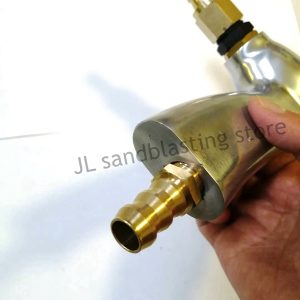 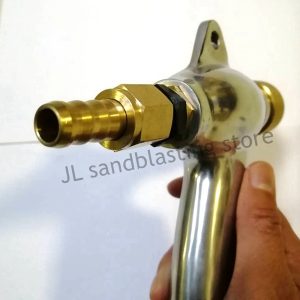