We will show more products and our company news to our customers who support us.

what is vapor blasting?

A new type of vapor sandblasting cabinet for car wheels will be put into market begging of May.         read more

There are various sandblasters in market, but all of them follow the same one blasting principle. They clean and abrade surfaces, particularly metal, by using the abrasive abilities of finely ground abrasive sand. Sandblasters come in handy for removing paint, rust ,or other surface debris.... read more

Customer from Bangladesh ordered 1 set JL-9080W water blasting cabinet in July. It was shipped last week. So far, JL water blasting machine was exported to several countries since year 2011, and we are keep improving on the quality.  read more 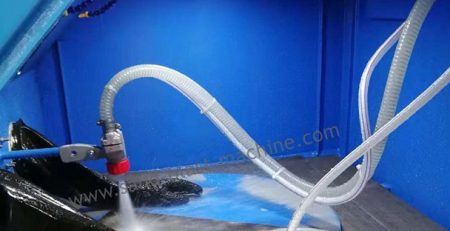 what is vapor blasting?